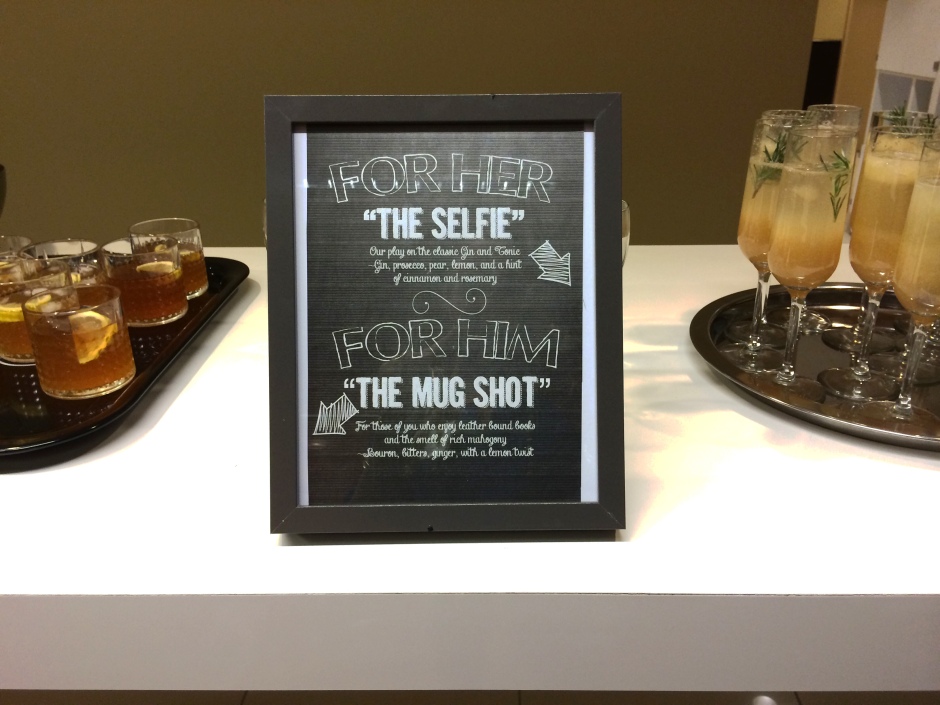 My sister-in-law and brother have a pretty amazing gig going on in Boston. They take pictures and video of some of the most gorgeous people and they love their job. They decided to do a brand launch for The Harris Company their newly combined company. The party went off without a hitch. Food was delicious and the signature drinks were on point.

So on to the signature drinks.

I wanted two choices, because two is always better than one. Plus since this was in November, they also needed to be fall drinks, rich colors and flavors. Makayla and David like gin and tonic, so I wanted to do a play on that. We named them “The Selfie” and “The Mugshot”, aren’t we clever….

Cinnamon is a great flavor especially for the fall, and prosecco is just more delicious than tonic. After a cursory google search I found this Cinnamon and Pear Fizz . The simple syrup and pear puree were made the night before, leaving the cinnamon stick in but removing the rosemary, to give the simple syrup that much more cinnamon flavor. That way the next day the everything just needed to be combined, quick and easy. 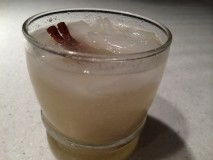 Next was a whiskey drink. Nothing says warm and cozy like whiskey. Also I love ginger, and apparently so does everyone else because Moscow Mules are so popular right now. I did a slightly modified version of a “Horses Neck”.

1.5 oz Jameson
2 shakes of bitters
Top with ginger beer and a twist of lemon